Welcome To The Heartless Institute

A SERVICE OF THE
FOX NOOSE NETWORK

President of the Heartless Institute.
Welcome to our outstanding non-scientific based organization which will debunk those ridiculous theories about global warming, environmental catastrophes, pollution, genetically modified food and damages from smoking. Together we'll share the joys of utilizing up all of Mother Nature's resources--after all -- that's what she put them there for. Just ignore all the people and organizations that regularly attack us. They've just breathed too much smoke from a factory chimney--haha, just joking of course. I'll be regularly commenting on where we stand on the important issues of the day. And all of our press releases will be officially posted here. Time to light up a smoke!
Joe 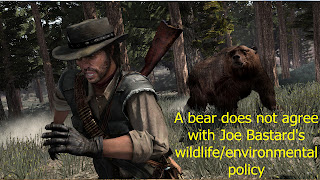 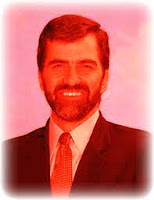 Such a fuss they are all making!

A little bit of radiation and radioactivity escapes from a Japanese nuclear plant
and you'd think the world is going to end!

That big screen TV you have on 20 hours a day emits constant levels
of low level radiation! Has it ever hurt you? Of course not!

The cell phones Americans are on all day long also provide you
with a tiny jolt of that trivial stuff!

So do modern lighting and even the computer
you are reading this from! And every time you overweight
Americans use that microwave, well, it's a
low level radiation Fourth of July!

And let's not forget our old pal Sol!
The sun is a constant supplier of radioactivity,
but we couldn't live without it? Could we?

When somebody says to you,
"you look radiant today!," where do you
think the phrase comes from? Actually,
a little radioactivity in your life makes you
shine like a twinkling star!

Nuclear Energy is a safe product that we cannot
live without!

The World Wildlife Fund presented its position this week at a conference in Russia that tigers are going extinct. The organization claims that 100,000 tigers worldwide are now down to 3200 due to
poaching and forest cutting.

We at The Heartless Institute disagree with these findings.
We see evidence of tigers everywhere in the world.
And hereby present our indisputable evidence: 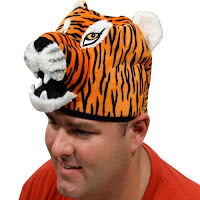 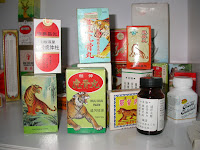 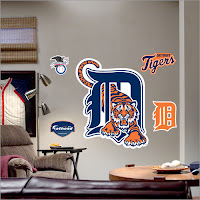 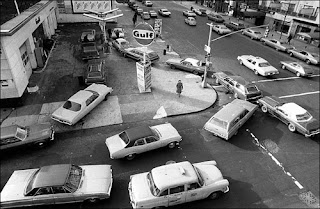 In 1973, the U.S. experienced its first ever gas shortage.
Americans accustomed to getting their tanks filled whenever they wanted and at lowest prices,
were suddenly in long lines that went around the block. And this did not even guarantee that
they would see a drop of gas. Prices were skyrocketing for the little gas there was.

For the first time ever, Americans turned against the oil companies, the usually trusted American icons and
blamed them for the shortage. Citizens claimed that the oil companies were intentionally dumping gas
in the deserts to cause the shortage and were just trying to create sudden and steep price hikes.

Coinciding with the event was Career Day at Rachel Carson Junior High.
It would be on this incredible day that 7th-grader Joe Bastard would create the long-range plans for
the Heartless Institute.

Like his classmates, Joe Bastard had to make a presentation on what he wanted to be when he grew up.
But his presentation would be different than any other classmates.

This is what happened when it was Joe's turn: 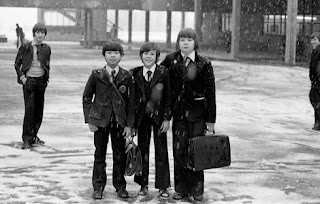 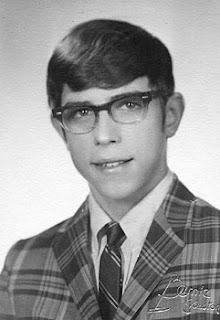 U.S. Government claims through the FDA and the state Department of Wildlife and Fisheries that fish in the New Orleans area affected by the oil spills are unsafe to eat are without merit says Joe Bastard, President of the Heartless Institute.
"As a matter of fact, the most important element for a tasty fish dinner is oil!," says Joe, a regular fish connoisseur. Just look at what Julia Child has to say about this:"

"Fish grilled on the barbeque has a wonderful taste and is quite easy to make as well. Prepare the fish fillet and season them with salt, pepper and any other desired seasoning. Then add the most important ingredient, oil splashed on the entire fish."

"The fish now already come prepared in advance with that essential ingredient for a mouth-watering treat, OIL! It is saving the consumer additional costs at the market and one less step in the preparation process," claims Joe. "BP has actually helped the American consumer as a special treat."

After posting a paper which advocates allowing factories to double the amount of
pollution being emitted from their smokestacks, the Heartless Institute's
Jim Lakeleech and Joe Bastard were attacked by dozens of angry birds as they
took a casual beach stroll together on Chicago's lakefront.

The EPA has concluded that the birds organized to respond to
the policy of the Heartless Institute.

"What good are birds anyway?," said Jim Lakeleech.
"They don't contribute to our economy or provide any kind
of resources for our consumption. What's important here
is that factories be able to produce more material goods
regardless of the pollution, toxins and chemicals that spill into the air."


Joe Bastard, president of the Heartless Institute agreed.
"At least dogs and cats are warm and cuddly.
Birds? So we lose a few million here or there.
Nobody's going to really notice."

Jim Lakeleech and Joe Bastard have decided to carry umbrellas
with them from now on in case of another angry bird attack. 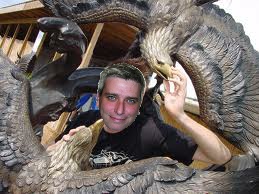 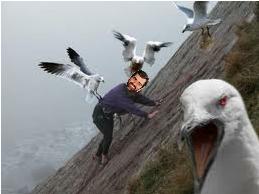 Posted by Heartless Institute at 5:24 PM